Disclosure notice for all visitors:

Only well informed and professional investors

The information on this website is provided for your general information only. German Blue Chip Pool S.C.S. SICAV-RAIF (“GBCP”) makes no representation or warranty (express or implied) as to the accuracy, completeness or continued availability of the information and data available from this documentation. To the fullest extent permissible under applicable law, GBCP does not accept any responsibility or liability of any kind, with respect to the accuracy or completeness of the information and data on this website. The information provided on this website does not constitute and should not be construed as an investment advice or an offering of securities in any jurisdiction nor as a request to purchase. Also this website is only for the person or entity to which it is addressed and may contain confidential and/or privileged material. The informations are intended only as an illustration of the manner in which a participatory interest in the GBCP can be structured. The website contains information with respect to the historical performance of the GBCP team which, while presented in good faith, may be incomplete and should not be exclusively relied upon in making a decision to participate in GBCP. The risks and uncertainties associated with any investment could cause future results at GBCP to differ materially from past performance. Investments in stocks (equity) involve a proportionate degree of risk and the value can rise or fall at any time. A prediction of the future developement is therefore not possible. Persons should not invest money unless they are in a position to suffer losses of their investment. Potential investors are urged to engage in a complete due diligence exercise and to consult with their own attorney as well as personal business and tax advisors in order to evaluate the merits of investing in GBCP. Furthermore any decision to invest must be based solely upon the information contained in the prospectus of GBCP.

Member of the Investment Committee 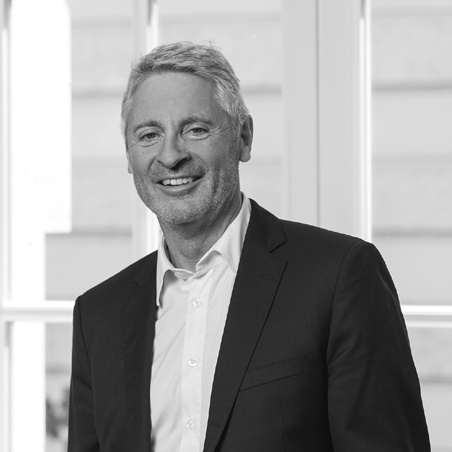 Walter Raizner was a member of the Board of Management of Deutsche Telekom AG. As CEO of T-Com he was responsible for the broadband, internet, fixed line and network business. Prior to his time at Deutsche Telekom he held various world-wide senior management positions at IBM. Amongst others he served as Chief Operating Officer of IBM‘s Technology Group, President and General Manager IBM Storage Group and as Chief Executive Officer of IBM Central and Eastern Europe. He was also a member of IBM’s world-wide Executive Management Committee and held various board positions for the company. Walter Raizner served as Member of the former German Chancellor‘s “Innovation Council“. He was Vice President of BITKOM (largest German Industry Association) and member of the Board of the association of the German Industry Foundation (Stifterverband).

Walter Raizner holds a degree in Economics and Information Technology from the University of Nuremberg, Germany.